The Venetian Carnival – past and present

The Venetian Carnival goes back to 1094, but the duration of the carnival was only defined by the Senate of the Republic of Venice in 1296, starting in October and finishing at the end of Lent, with a break for Christmas.  The feast lasted therefore around three months.

One of the main events of the Venetian Carnival is the flight of Columbina, now the “Mary” (the winner of the beauty pageant the previous year), who is lowered on a tight rope from the top of St.Mark’s bell tower to the Palazzo Ducale.  Once it was an acrobat, and it was also know as the “flight of the Turk” since the first acrobat was Turkish.

In the 1700s the carnival in Venice was known in all of Europe, and it attracted tourists who tour the alleyways masked.

With the fall of the Republic of Venice the carnival faded away. It was rivived in the late 1970s and 1979 was the first modern carnival, celebrated mostly by the locals.

Now it is a big business from which the Venetians often feel excluded, in their own city.

The photos above are taken from the water. Visiting Venice in kayak during the carnival is an inclusive and fascinating way, experiencing the feast in a less crowded way.

The most ‘Venetian’ event during the carnival in Venice is the volVeniceo della pantegana (flight of the rat), which opens the three week carnival celebrations. The feast takes place along the Canale di Cannareggio, and the giant rat is taken in procession by rowing boat down the Grand Canal. It marks the start of the celebrations that characterises the carnival in Venice, but most importantly, it marks the arrival in bars and bakeries of the galani and fritelle (traditional Venetian carnival sweets) with the related competitions of who has the sweetest tooth. 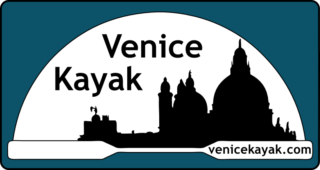 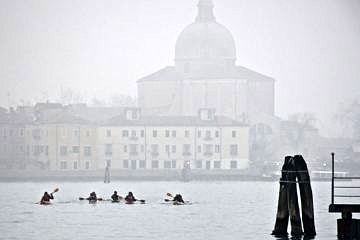 From October 27th, 2019, Venice Kayak is operating a winter schedule with a limited offer of tours, due to the shorter daylight hours. 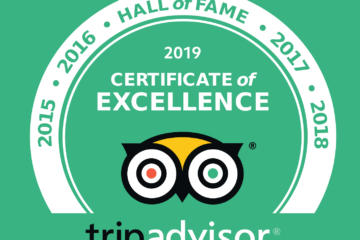 Venice Kayak has received the TripAdvisor Certificate of Excellence 2017, for the fifth year running.