Venice Kayak is featured in a contribution by Lee Hubbard on GlobalGrsshopper:

Having never set foot in Venice before, I couldn’t think of a better way to see the city for the first time. Water is the absolute lifeblood of this city, and seeing it from the water will give you an increased appreciation of how the city works – though you’ll probably still get lost when walking through the streets later on. Although it would be a good few months until they started handing out the golden lions to the winners at the famous film festival, held in September, there were times when I felt like an A-lister as passers-by stopped to take photos of us, and then looked on rather incredulously as we paddled on past them.

From GlobalGrasshopper: Kayaking through Venice. 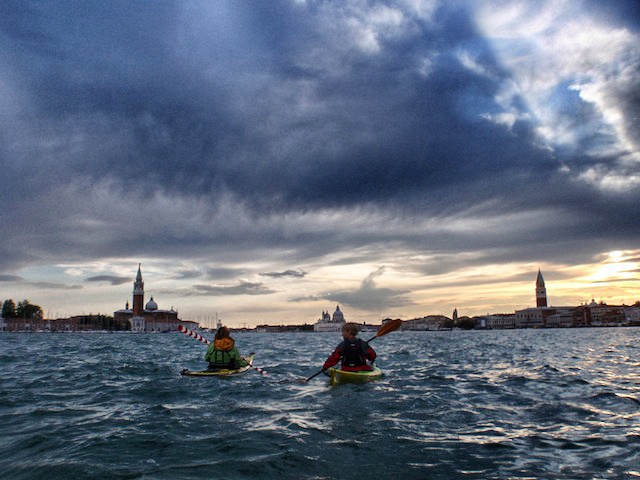